The City conducted a comprehensive facility analysis in 2006 to identify the investments that would be necessary to sustain the structure and function of public buildings in the future. This assessment is incorporated into the Capital Improvement Plan each year for building improvements. Public buildings are continually assessed for vulnerability to flooding and other structural deficiencies. Additional assessment of public buildings will be performed as part of the City’s Resilience and Sustainability planning effort.

The City is cooperating with the Bassett Creek Watershed Management Commission to develop a hydrologic and hydraulic model of the watershed. Once completed, this model will be used to identify areas of the City that are at risk of flood damage to assist in planning and preparedness efforts. In partnership with the watershed, the City is engaged in an ongoing effort to stabilize streambanks for erosion control, water quality protection and flood mitigation.
As of 2015 the City had 120 miles of street, most of which had been reconstructed under the Pavement Management Plan (PMP) including subgrade correction, installation of curb and gutter, and in some cases, repair and replacement of sanitary sewer and water mains. The PMP emphasizes preservation to maximize the useful life of the street (maintenance measures result in an anticipated pavement lifespan of 50 to 60 years). Golden Valley maintains 113 miles of sanitary sewer (consisting of gravity mains, lift stations, and force mains), 75% of which is over 50 years old. The City also maintains 136 miles of water mains serving the community, 69% of which is over 50 years old. The City has 83 miles of storm sewer pipe, 33 miles of drain tile, 3,083 catch basins, and manages 54 ponds and wetlands, 29 constructed sedimentation basins, and 4 bioretention basins/rain gardens.

As of 2016 the City has restored and stabilized 5.2 miles along shoreline of streams and drainageways.

As of 2016, the City has made investments to repair several roofs on public buildings and park shelters and install a fire suppression system in one building. The City has also made investments to ensure new buildings are built to be durable and resilient to natural hazards. Fourteen (14) of the City’s buildings are considered critical facilities. Of these, only 3 do not have back-up generated power.
Descriptive File:
Descriptive links:
For more information contact:
Eric Eckman (City staff) | eeckman@goldenvalleymn.gov | 763-593-8084
Partners: Bassett Creek Watershed Management Commission, Joint Water Commission (Crystal, Golden Valley, New Hope)
View All Golden Valley Actions
Hutchinson - 1 star
Year action initially completed:
Implementation details:
The city recently completed a multi-year project of burying all power lines located brining electricity and similar services to those within the City. This greatly increases the Community’s resilience to extreme weather events by ensuring that the power lines are not susceptible to frequent disruptions from falling trees or other disasters associate with such events. Not only does this mean increased safety during extreme weather, it also means that communication and power lines are more likely to be maintained in an emergency when they are most needed. Additionally, the City is realizing significant savings in maintenance costs from the buried power lines. Other benefits include improving the aesthetics of the City, facilitating easier maintenance of boulevard trees, and decreasing risk of injury from downed power line or pole falls from weather, vehicle, and other accidents.
Outcome measures/metrics/money saved:
Descriptive File:
Descriptive links:
For more information contact:
John Paulson (City staff) | jpaulson@ci.hutchinson.mn.us | 320-234-5682
Partners:
View All Hutchinson Actions
Inver Grove Heights - 1 star
Year action initially completed: 1990
Implementation details:
The City of Inver Grove Heights has an inventory and/or map for the sanitary sewer system, roads, and bridges.
Outcome measures/metrics/money saved:
Descriptive File:
Descriptive links:
For more information contact:
Ally Hillstrom (City staff) | ahillstrom@invergroveheights.org | 651-604-8511
Partners:
View All Inver Grove Heights Actions
Maplewood - 1 star
Year action initially completed: 2017
Implementation details:
All stormwater assets (basins, outlets, treatment devices, culverts, lift stations, inlets, pipes, manholes) are mapped and assigned a condition and value in the Cartegraph system. When creating new assets or updating existing assets (location or attributes) all changes get auto-updated to GIS map. Program tracks asset issues and tasks (integrated into daily operations and inspection forms on I-Pads for example). An issue can be reported internally or externally from citizens (example - citizen takes a photo of flooding on smart phone app and the correct staff person is alerted and prioritizes the task).
Outcome measures/metrics/money saved:
Knowing the value and condition of our infrastructure assets, including stormwater assets, allows the city to make prudent financial decisions based on a holistic data driven approach.

Descriptive File: view file
Descriptive links: http://maplewoodmn.gov/453/Stormwater-Management
For more information contact:
Steve Love (City staff) | steve.love@maplewoodmn.gov | 651-249-2404
Partners:
View All Maplewood Actions
Duluth - Pending
Year action initially completed: 2019
Implementation details:
Duluth has a comprehensive map of the potable water system, storm water system, sanitary sewer system, city streets and alleys, the municipal steam system, and natural gas lines. The recently completed tree inventory is going to be mapped digitally this winter.
The Duluth Lake Walk was severely damaged by storms in 2017 and 2018. During the reconstruction process, steps have been taken to ensure that future storms are not able to damage the trail as easily. The boardwalk and paved trail were rebuilt behind a new concrete barrier that was sunk 12 feet into the ground. The design of the boardwalk to make it more securely anchored to the ground. More sturdy fences are being installed where the trail runs beside the train tracks, and more durable lighting fixtures are being placed along the path (all new fixtures will be LED). The rocks that had previously protected the shoreline were mostly washed away in some areas, so larger rocks that will interlock are being placed along the shore in an effort to prevent the same kind of washout. For areas of the shore where erosion was a severe problem, solutions beyond infill and vegetation are being explored. 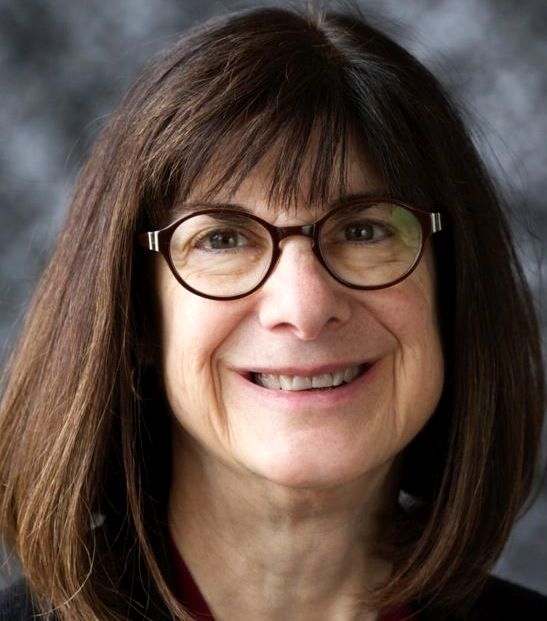